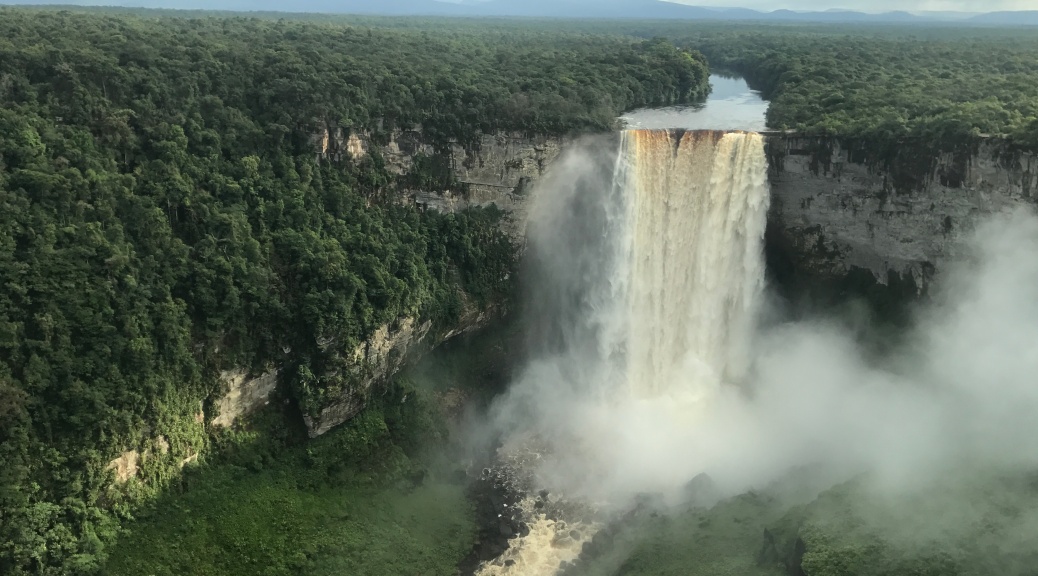 After a 2-day trek through the jungle, I made it! Kaieteur Falls was grander than anything I could have imagined: a wall of water 751 feet tall by 330 feet across.

Omar asked me how to describe the falls in one word. I said “Wow”. 5 minutes of amazement later, the mist cleared and we were able to see most of the falls! We watched and stood around for about 30 minutes before heading over to the only guesthouse in the area.

The guesthouse was built for a visit by the Canadian prime minister that never occurred. It has two bedrooms and can sleep 8. You can only book the entire guesthouse, which guaranteed I would be the only tourist at the falls for the length of my stay.

Omar made dinner and then I went to bed early and exhausted from a great day.

The next morning I woke up and walked over to the falls. Yes they were still there and yes I was the only person there.

It was misty, but the falls were looking beautiful in the mist.

We then decided to go on a long hike through the jungle. Before we left, Omar brought a machete to First we walked past the airport and along the barren top of the mountain. The soil is too rocky here for tall trees to grow. 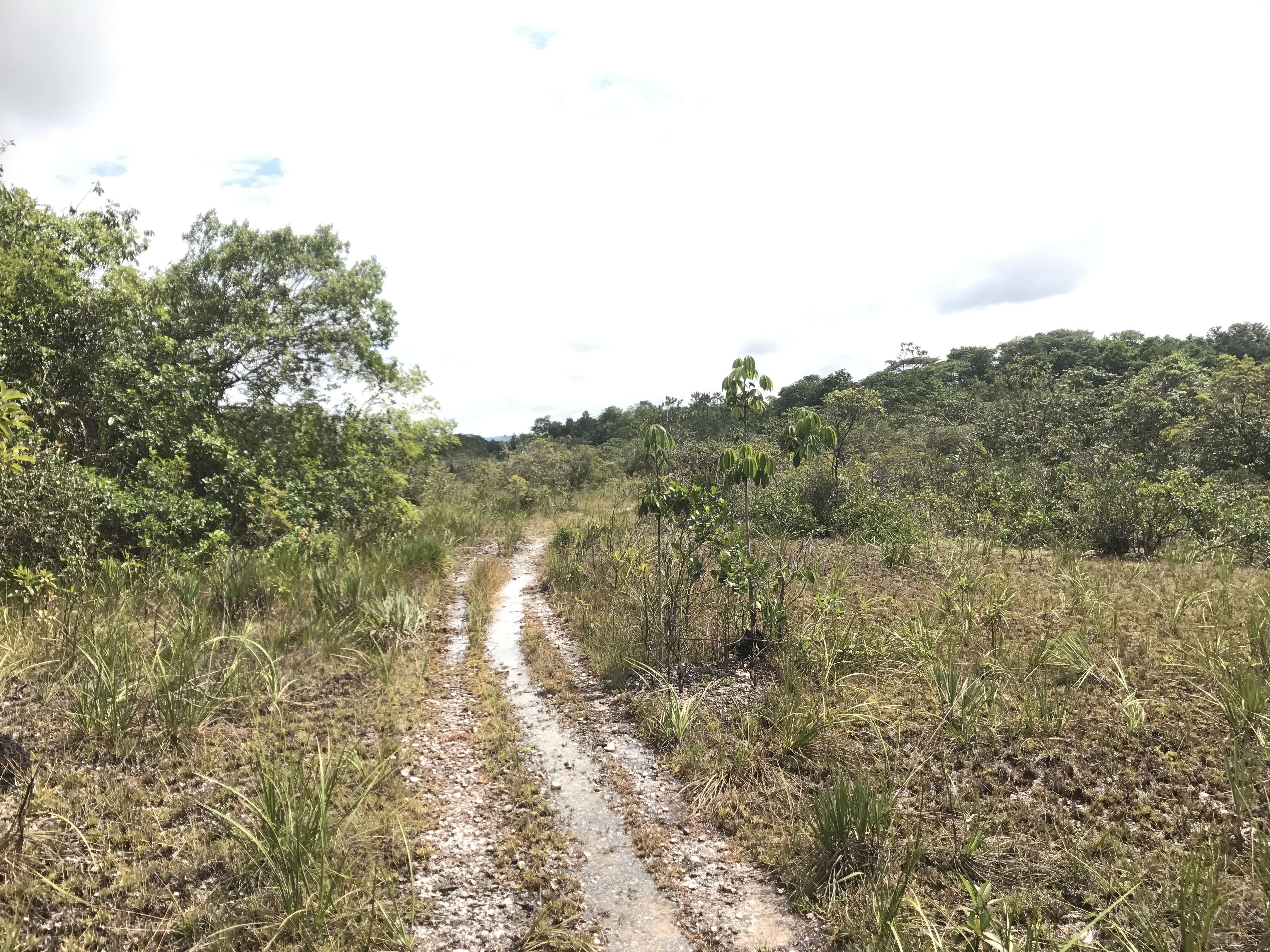 For the next 4 hours we walked through the thick jungle. The trail was maintained, but the jungle was thick, hilly, and rapidly growing so there were many roots and steep hillsides to navigate. Additionally, we had numerous stream and river crossings- Guyana means Land of Many Waters 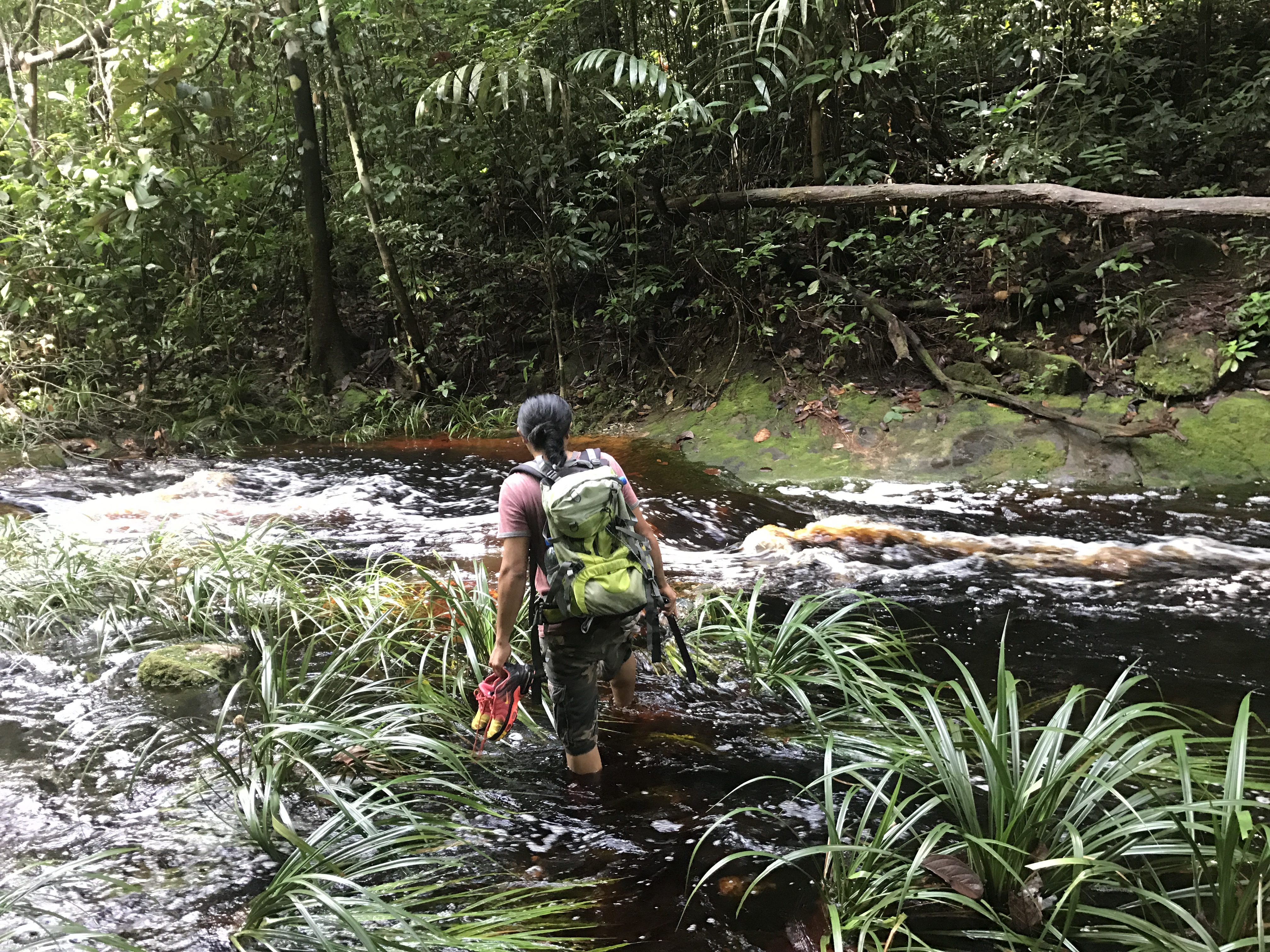 The water here was blood-red because it was stained by the leaves. 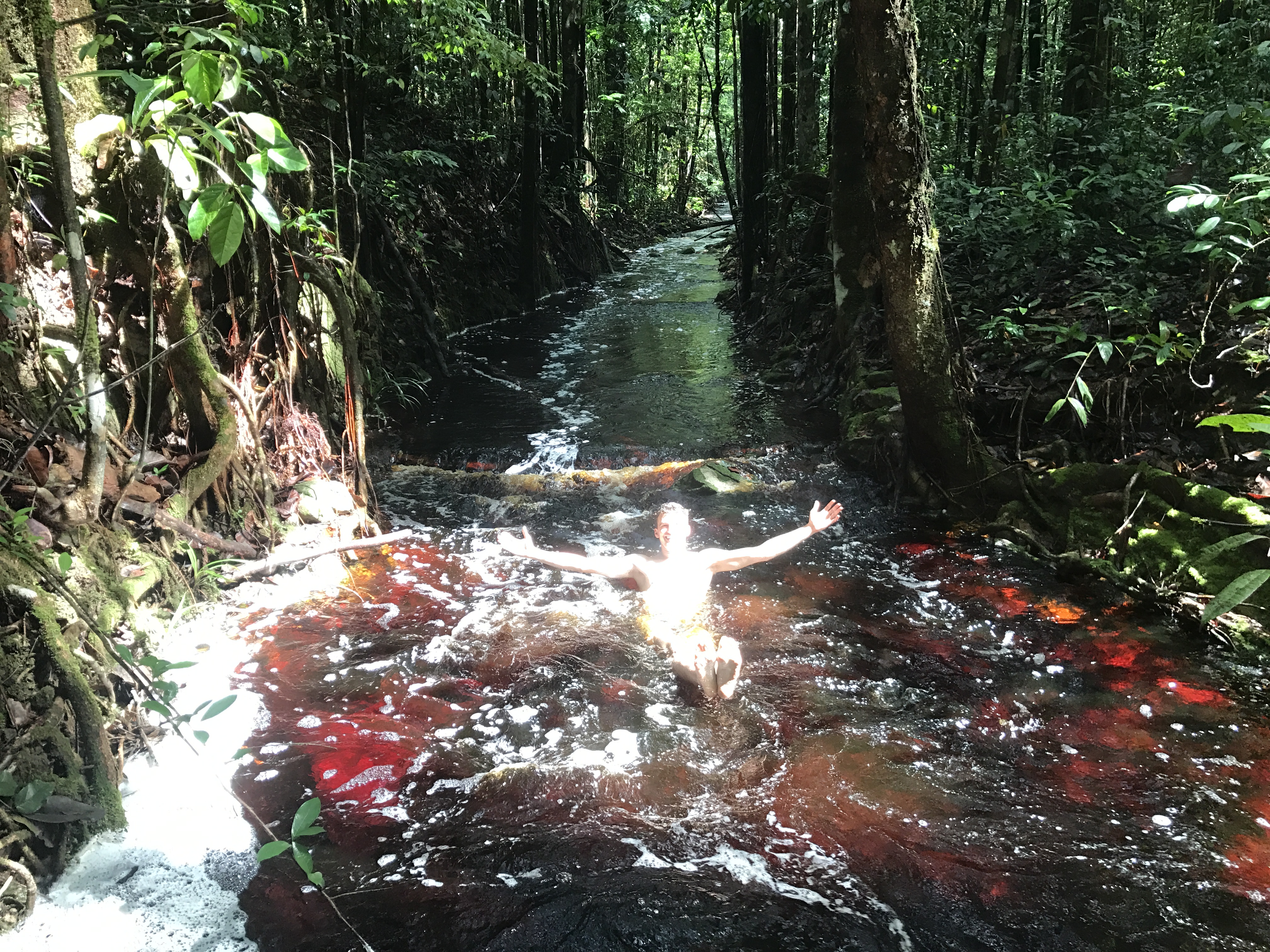 We eventually reached a stream that was too much of a hassle to cross so we turned back.

Back at Kaieteur, we walked a few minute over to the staff village, where we got some beers. The guy who ran the store had a pet parrot and let the bird sit on my shoulder. 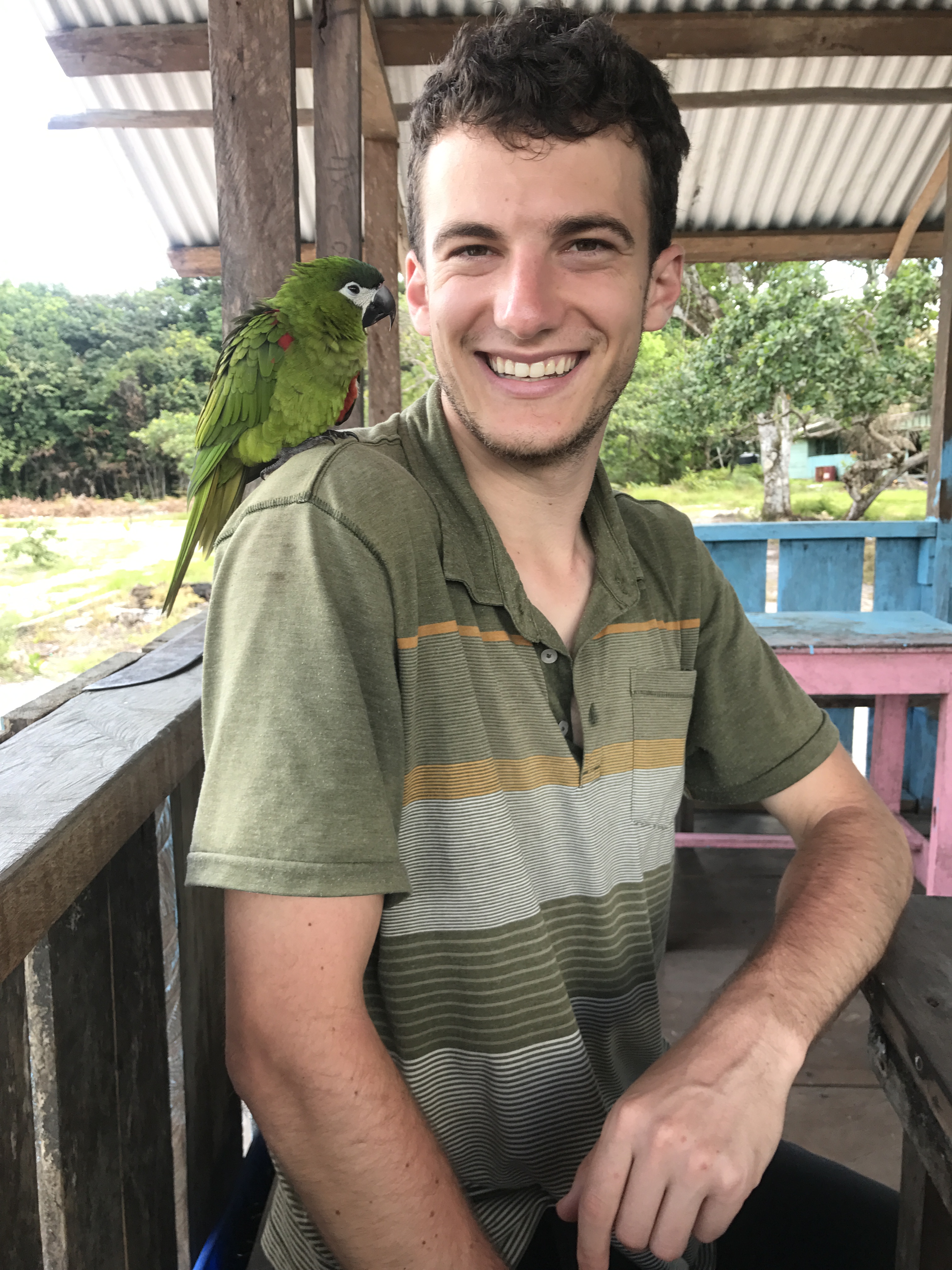 We then headed back to the cabin where Omar made lunch.

It was now mid-afternoon, so I walked back to the Falls. They were now perfectly clear for the first time. I could also see down the valley where I trekked up. It was so beautiful. 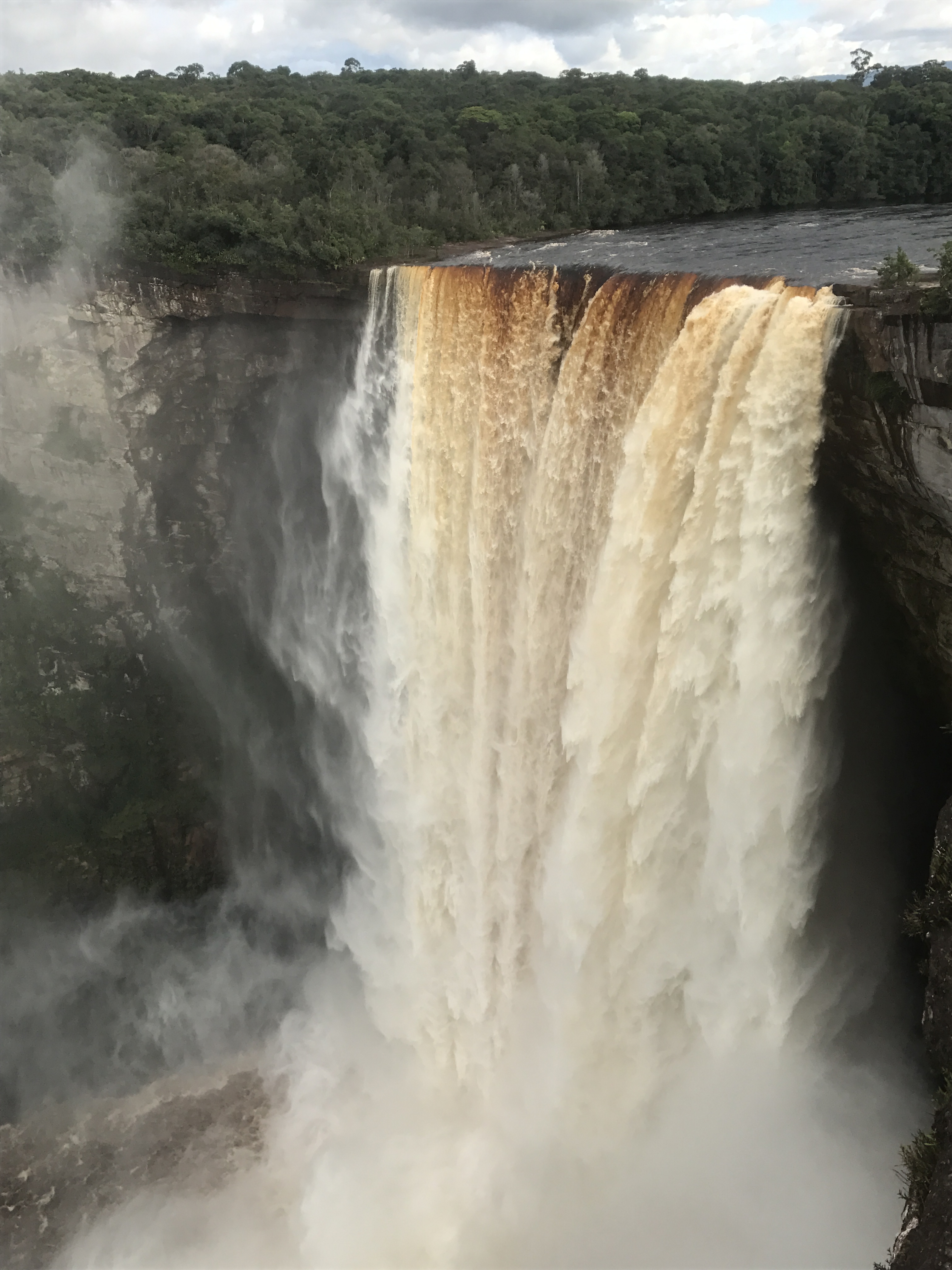 With nothing else to do, I returned back to the cabin, read, ate dinner then went to bed.

The next morning was rainy and wet. My flight was supposed to arrive today, but I was worried because of the weather. “Don’t worry” Omar said. The flight has only been cancelled once this year. The weather will turn. 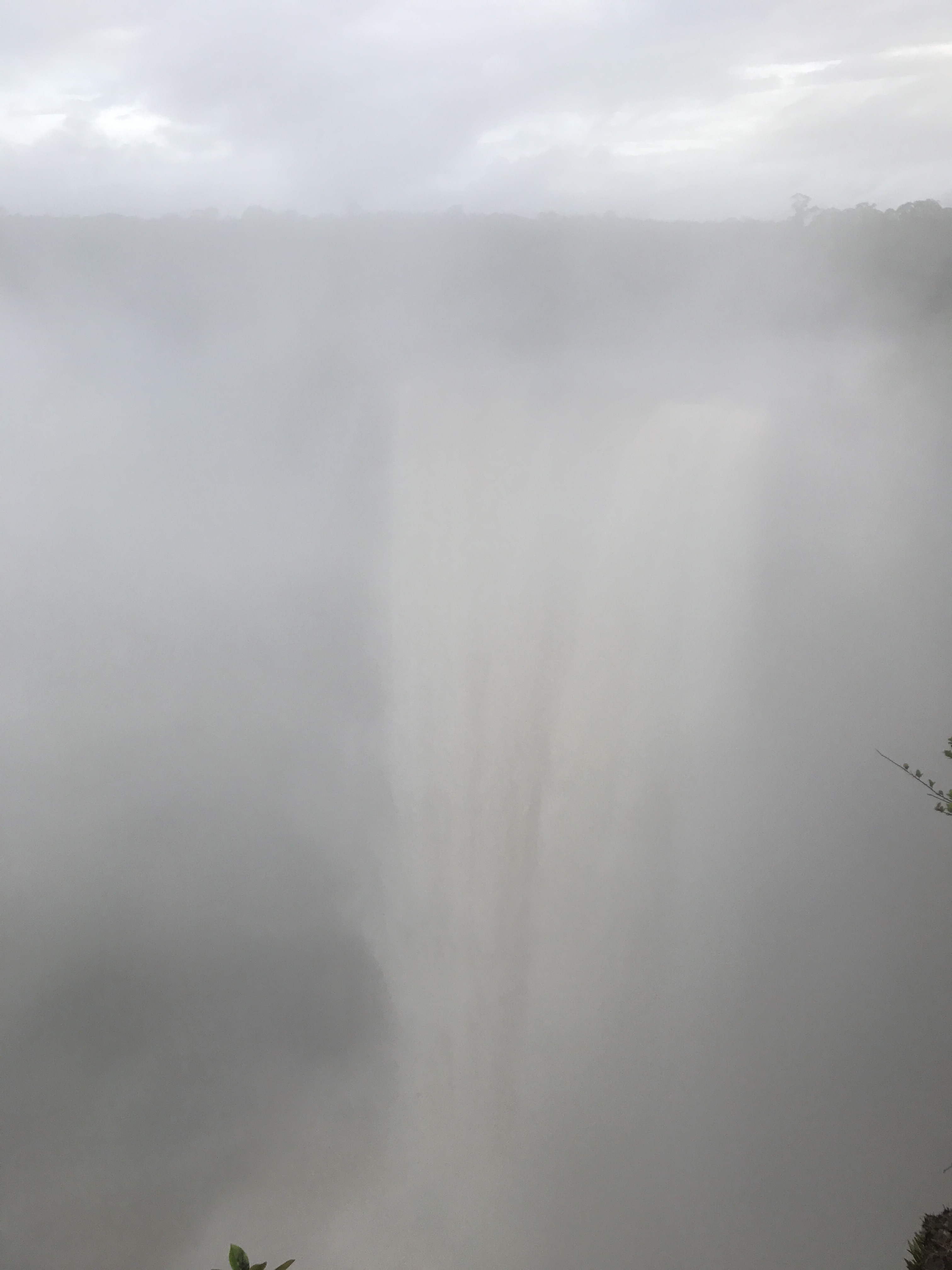 All morning, it continued to rain. We walked over to the Falls and they were barely visible. We then walked over to the other viewpoints that were completely covered in fog. Along the way, Omar pointed out some of the unique flora and fauna of the region including the Kaieteur frog and a bird called the cock-on-the-rock. Both are endemic to the Kaieteur region. 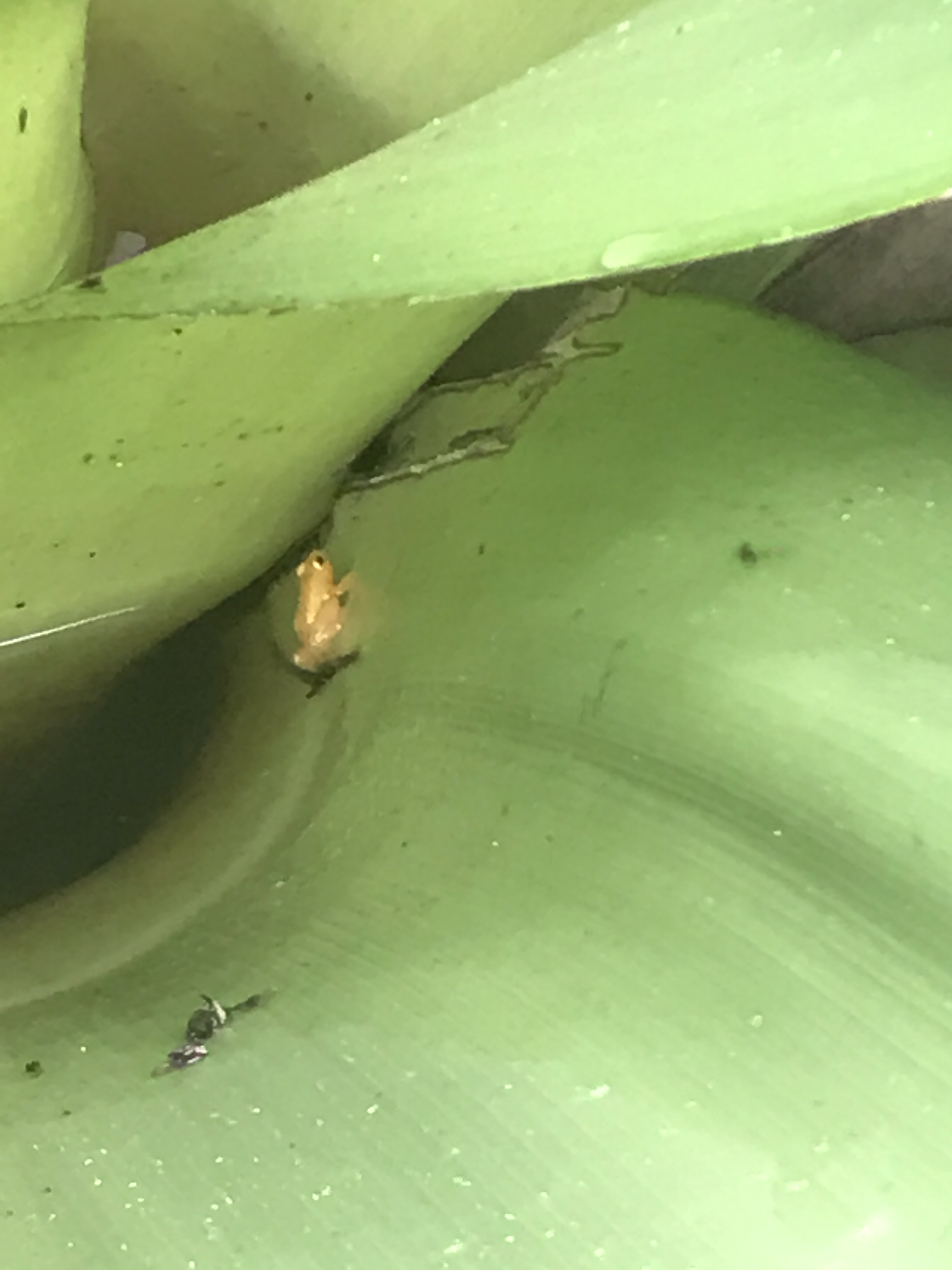 We got an early lunch and then the weather turned. Suddenly it was beautiful again.

I headed back out to the Falls and there was a double rainbow forming! 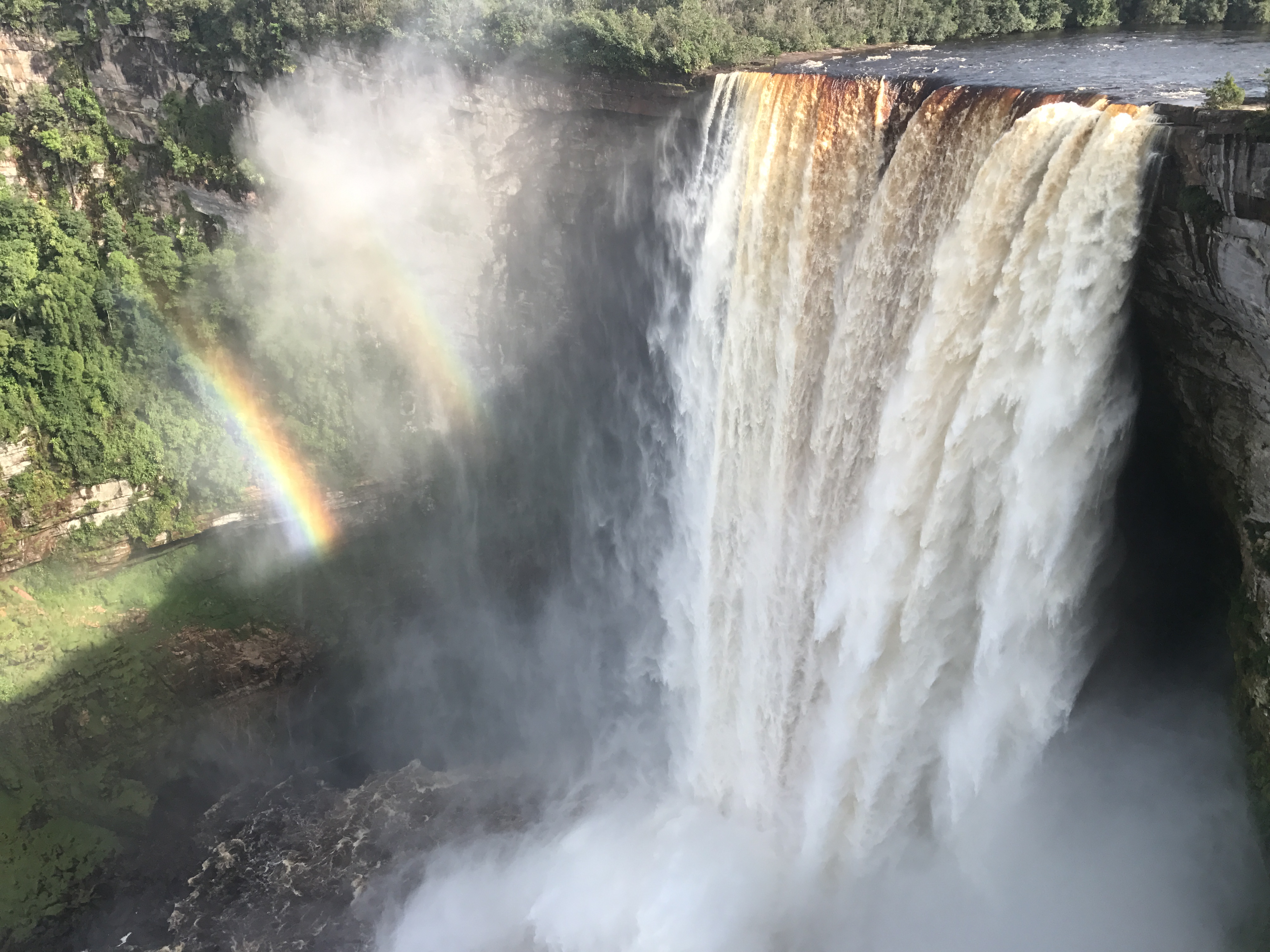 Then, I heard a plane land and 10 minutes later saw something I haven’t seen yet this trip: tourists. There were about 15 clean people walking around the falls taking selfies. They were not as daring as me and stood pretty far from the ledge above the 700 ft. sheer drop. “When did you fly in?” I was asked by the tourists. They were all very impressed with my response “I didn´t.”

After two hours of walking around with them, it was time to board the plane home. I put my bag in the small hull of the plane and got in. There were about 20 seats. Once we all boarded, the plane taxied down the runway and took off. Just like that we were off.

I peered out the window and got one final view of Kaieteur.

As we flew on, I could pick out the various places we passed by: Tukeit, the various waterfalls, the mining camp, and Mahdia.

Eventually, we climbed up high enough that all we could see was endless green jungle. 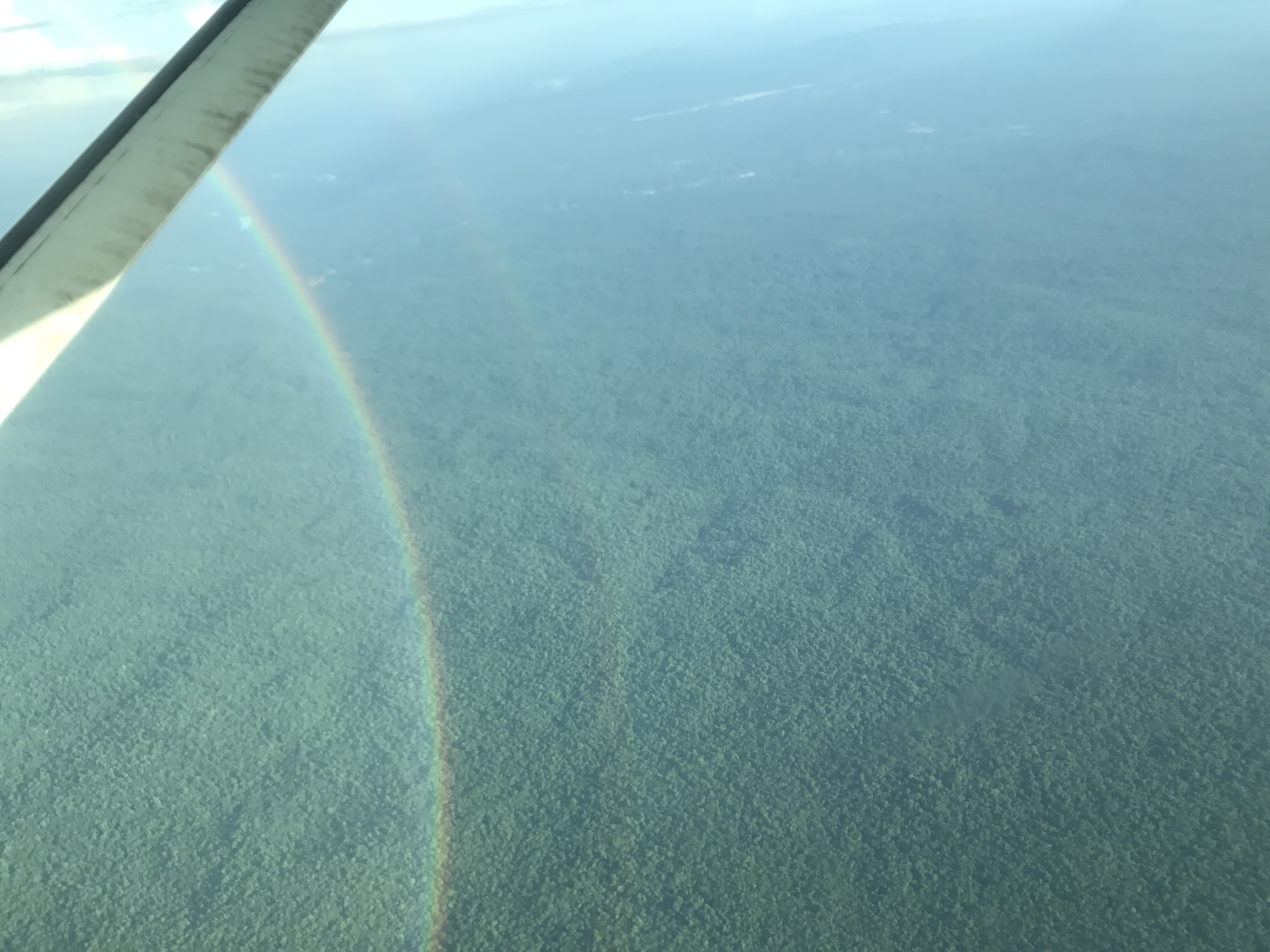 Across from me was the only white person I have seen since leaving Miami. He was a red-head with thick glasses and a shirt that said “Keep Calm and Travel On”. I asked him how many countries he has been to and he said 120. Tonight he was going to Suriname- country 121. I asked him for advice and he suggested starting using travel credit cards, doing the ridiculous weekend trips, and keep going. He said that I was actually doing pretty well since I haven’t been much around Europe and that I could add a lot of countries by spending a few months there.

About an hour later, the plane landed at Ogle Airport in Georgetown, the capital of Guyana.