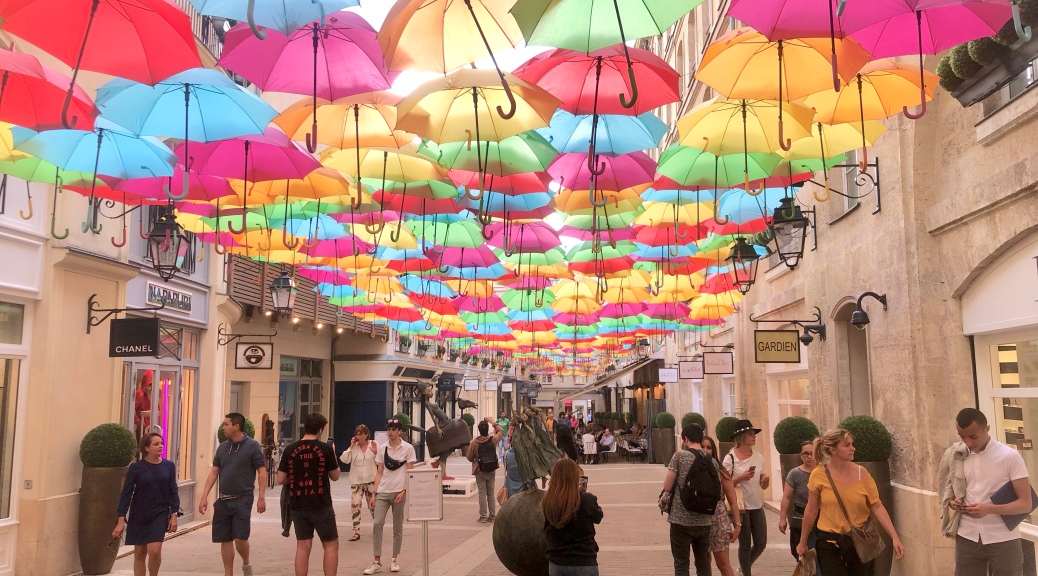 I am a quick traveler. Instead of spending a lot of time in one place,  I usually try to see many different places for a few days However, I recently spent 10 days in Paris. During my time in there, I walked an average of 9 miles/day and was sightseeing from sun up to sundown (which was around 11pm in late June).

Therefore, I feel qualified to write a guide to Paris based on my research and places I visited. This is not an all-encompassing guide- you could spend a month sightseeing just in Paris. This is also not a guide for people trying to experience an authentic Parisian lifestyle. Rather, this is a list of highlights that a tourist would want to visit on a short-medium length trip.

Neighborhoods to See/Places to Stroll:

Honestly, anywhere in Paris is good for walking around. There are attractions, good architecture and delicious restaurants in every neighborhood.

There are countless Paris restaurant guides that can tell you the trendy spots. However, I looked for cheap to medium-priced places with history. For expensive restaurants, pre-bookings are essential.

I am not really into nightlife and never “went out” in my time in Paris. However, here are a few famous more low-key bars that I liked:

Paris is synonymous with luxury and high fashion. Therefore, it is no surprise that there are amazing shopping opportunities here. My girlfriend is a fashion designer, and I was here for her show, so fashion was on my mind while in town.

Generally, the price of lodging is very high for the quality of room. That said, being near a train station (preferably with multiple train lines) is very helpful for getting around and, to me, is worth paying extra. If you do not plan to spend much time at your hotel and are not that particular, I would strive to get a hotel near a major train station such as Opera or Nation. Also, air conditioning is not very popular in Europe so make sure to check on that if traveling in the summer.

While there is plenty to see in Paris, you might want to visit somewhere else in France for the day. All these places can be reached by train. For the further-out cities, consider pre-booking your SNCF ticket.

Lay of the Land:

The city is mostly flat with the notable exception of Montmartre hill on the north side of the city. The Seine River bisects the city into a North Bank and South Bank. Both banks are fancy and both banks have plenty of attractions.

Vehicular traffic is absolutely terrible at all hours of the day due to the complex and historic street grid. Avoid taking a car if possible.

Paris has 16 subway lines. The system is called the Metropolitan. Trains run every 3-5 minutes all day and night. 1 ticket costs about 2 Euros and can get you anywhere in the system. Additionally, there are 5 suburban trains called RER. These run less frequently (a few times/hour), but down to once an hour in off-peak times). RER trains have multiple stops in the city and occasionally can be used for local transport; but the stations are deep underground so make sure to add 15 minutes to any suggested time.

Electric scooters are now an increasingly popular method of transport in Paris. Google Maps will show scooter travel times as an option.

Additionally, good old-fashioned walking is popular. Expect to walk multiple miles in a day no matter what methods of transport you use.

The city is safe at all times. You can walk alone at any time of night and feel safe. Muggings and murders are extremely rare. The most common crime is pickpocketing which is most likely done either in a crowded nightclub or on a busy street in broad daylight. There are also various tourist scams. In general, if a random person is approaching you on the street, they are probably trying to (legally/friendly or not) take your money.

Paris has two airports: Charles de-Gaulle (CDG) and Orly (ORY). CDG is the destination of the vast majority of flights from outside of Europe, while Orly is the hub for more domestic and close flights. Orly is slightly closer.

Both airports have rail connections to the city via the RER suburban trains. CDG also has a direct bus to the Opera House.

French is the predominant language in Paris. However, everyone in the tourism industry speaks English (and probably a few other languages too). Knowing a few phrases in French is nice, but by no means necessary. A good idea is to get Google Translate and download French offline. This can help you translate menus- the only reason you might need to know French.

When taking day trips outside of Paris, most people still will know English.

France is part of the Schengen Area, a collection of 26 European Union countries that have abolished border controls at their mutual borders. You will not have your passport checked when traveling from another Schengen country.

The Schengen Area is visa-free for Americans, Canadians, some Latin Americans and most developed countries. Almost everyone else needs a visa. Make sure to check the requirements for your passport. Sometime in 2021, the Schengen Area will be requiring Americans to fill out an electronic authorization form for entry.